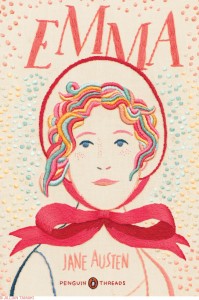 So the official release day for The Jane Austen Guide to Life is here!  Excited to see this baby go out into the world.  This day has come faster than I thought it would. Amazon’s actually been shipping for a couple of weeks, and some bookstores may not yet have the title on shelves (sometimes…

Jane Austen fans around the world are rejoicing to hear that she will grace the new £10 banknote, to be released in 2017.  (And if they’re like me, they just might see the event as an excuse to plan a trip to England to get their hands on one.)  But the event isn’t without its…

For me, a good book is a luxury, something to be savored, something that in its own right feels like a vacation.  This is one of those books, one of the best I’ve read in a long time. I wasn’t going to pick this up. (And I’m late doing so. It’s been out for four…